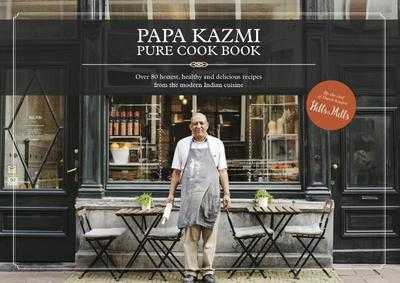 ‘Papa laughed when we suggested the idea of a cook book.’

At almost sixty years of age, our father Shahzad Kazmi is in the prime of his life. After he spent decades as a host at various reputable restaurants and hotels, while cooking the most wonderful dishes at home, we helped to make his biggest dream come true: to open a restaurant, together with his kids.

‘Hills & Mills’ became a crowded little gem where guests fall under the spell of Papa’s pure, modern, Indian cuisine. The restaurant is regularly featured in the press and has been named a ‘hotspot’ dozens of times.

With this pure cook book, we aim to bring a little bit of Papa’s magic into people’s homes. Guided by our most precious memories, we will take you on a trip to show you Papa’s honest, healthy and delicious recipes. Right from the heart. Dad, we are proud of you! - TEST