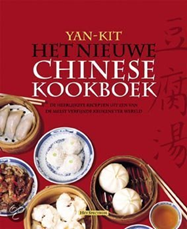 Although other writers have produced excellent works on Chinese food and cookery, the contributions of Yan-kit So, who has died of cancer aged 68, stand apart; they are brilliant examples of cross-cultural communication, and have done much to popularise the subject in Britain. As a patron of the British Museum, she was also involved with the department of oriental antiquities, and accompanied the museum's tour of China in 1995.

Yan-kit's first book, The Classic Chinese Cookbook (1984), was greeted with a burst of critical acclaim. Eight years later, reviewing her second book, Classic Food Of China (1992), Jane Davidson wrote: "There are cooks, and there are historians, and there are writers, and there are linguists. To be all four must be an unusual combination. Dr So wields her pen and her chopsticks with deftness, displaying her academic powers and her practical skills with charm and modesty."

Yan-kit was exceptional among food writers in many ways - notably the luminous clarity of her expositions - but I recall particularly the zeal with which she would tackle problems of identifying certain Chinese ingredients. She had to have the scientific names of, say, rare edible fungi absolutely right.

Though born in her ancestral village of Zhongshan, in Guangdong province, she was brought up in Hong Kong, where her university degree was a starred first in history. The DPhil she later gained at London University focused on 19th-century Sino-Burmese border issues, and her deep interest in the historical aspects of food reflected these university experiences.

Her first marriage, to a Chinese surgeon, ended in divorce. Her second, in 1962, was to the great love of her life, an American historian named Briton Martin Jr. Their son Hugo was born in 1965, when they were at Syracuse University, New York. The family later went to Poona in India, where Brit was taking up an academic post, but, tragically, he died of a brain tumour in 1967, while still only in his 30s.

Brit's death was a watershed in Yan-kit's life and, for several years, her efforts to pull herself out of the consequent slough of grief had only limited success. Indeed, in 1976 she suffered a breakdown. Her subsequent salvation lay in taking up food studies and cookery, of which she proved to be a brilliant teacher. Aside from her two principal books, she also wrote the Wok Cookbook (1985) and Party Eats (with Paul Bloomfield, 1988).

She loved parties, and those she gave were wonderful, not least because of the radiant beauty and exquisite clothes which always distinguished her. Her arrival at Oxford symposia on food history, for example, always created the sort of effect that would be achieved by a brightly coloured humming bird zooming into a solemn conclave of blackbirds, brown thrushes and grey pigeons.

Towards the end of her life, Yan-kit knew that she was suffering from an incurable cancer. Far from diminishing her social, cultural and gastronomic activities, this knowledge appeared to intensify them. Already a valued collaborator of the British Museum, and a connoisseur of music and opera, she gave the impression of wishing to open new aesthetic or intellectual doors - learning French and taking up ballroom dancing - and loved to communicate her enthusiasms to others.

On our last visit to her, for fragrant cups of a special tea, we noticed three beautiful orchids, each arranged in exactly the right position and posture to accentuate the harmony and serenity of the room. It emerged that she had a special source of supply. Now, a beautiful pale yellow orchid displays its velvety petals in a corner of our kitchen, a touching reminder of the extent to which Yan-kit sought always to increase the happiness of her friends.

She is survived by her son.